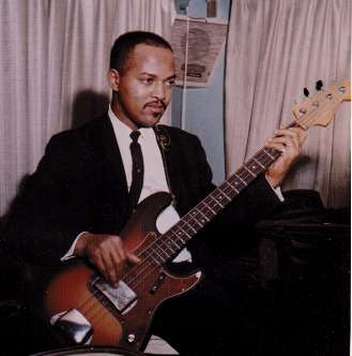 Jamerson was one of the Funk Brothers who was schooled as a jazz musician and then recruited by Gordy. This didn’t only show in their improvisational way of playing the instrument but also in their daily schedules: when not touring the US or recording in the small garage Studio A with one of the Motown acts, they played gigs in jazz clubs at nights. Whereas most bass players until the early sixties were satisfied playing root notes, fifths and simple repetitive patterns, Jamerson’s groovy lines were full of semitone chromatic leading notes - making them more melodic and more syncopated. The majority of them were also improvised from chord symbols.

In the 2002 documentary Standing In The Shadows Of Motown, it is claimed that the Funk Brothers have played “on more number-one hits than the Beatles, Elvis Presley, the Rolling Stones and the Beach Boys combined”. Some say Jamerson played on approximately ninety-five percent of all songs recorded for Motown between 1962 and 1968. Off these songs, almost thirty went to the number-one position of the Billboard pop chart (the Beatles had twenty-seven) and almost seventy to the top of the Billboard R&B chart. Evidently, the number of successful and famous hitsingles mentioned on these pages is stunning. What’s even more stunning, is the fact that Jamer Jamerson played on every one of them.

Jamerson started out playing a German acoustic upright or double bass which he bought as a teenager. Some of the Motown tracks that Jamerson played double bass on, include (Love Is Like A) Heat Wave (Martha & The Vandellas), My Guy (Mary Wells), Where Did Our Love Go (the Supremes) and It Takes Two (Marvin Gaye & Kim Weston).

In the early 1960s Jamerson switched to playing the electric bass. After his first Fender Precision, a gift from fellow bassist Horace ‘Chili’ Ruth, was stolen, he bought a stock 1962 Precision. Dubbed ‘the Funk Machine’, it had a three-tone sunburst finish, a tortoise-shell style pickguard, and chrome pickup and bridge covers, with the latter containing a piece of foam to dampen the strings’ sustain. Volume and tone controls were always fully open.

Probably due to his negligence, the neck of the Precision started bending. Although this made it more to difficult to fret notes and many claimed the bass impossible to play, Jamerson believed it improved the quality of his tone. He used La Bella heavy-gauge (.052-.110) flatwound strings which he only changed when they broke.

As can be seen in the picture above, Jamerson only used his right index finger to pluck the strings while resting his third and fourth finger on the pickup cover. This practive probably dates back to his days playing the double bass. Jamerson’s index finger even earned its own nickname: ‘The Hook’.

At club performances, Jamerson usually played an Ampeg B-15 Portaflex, which features a flip-top design: the head is stored inside the cabinet and then flipped over when being used. In larger venues, he used a blue Naugahyde covered Kustom with two 15” speakers. On his amplifiers, the bass was turned fully clockwise while the treble was halfway up. Quite interestingly, Jamerson’s bass was plugged directly into the mixing console for most of his recordings.

One of the ingredients that made Motown the success it was, was undoubtedly the songwriting and production team made up of Lamont Dozier and brothers Brian and Eddie Holland, more commonly known as Holland-Dozier-Holland or simply as H-D-H. Dozier and Brian Holland wrote the music, with Eddie Holland providing lyrics. During their tenure at Motown from 1962 to 1967, they wrote twenty five number-one hit singles, such as (Love Is Like A) Heat Wave by Martha & The Vandellas and How Sweet It Is (To Be Loved By You) by Marvin Gaye.

Some of H-D-H’s most celebrated productions were for the Four Tops, featuring lead singer Levi Stubbs, Abdul ‘Duke’ Fakir, Renaldo ‘Obie’ Benson and Lawrence Payton. After the success of Baby I Need Your Loving, their first #1 hit was I Can’t Help Myself (Sugar Pie Honey Bunch). It is one of those classic Motown hits, featuring a basic chord structure (C C G G Dm Dm F G), great vocal melodies and easy to relate to lyrics. Instead of simply following the chords, Jamerson plays what could have been played by a string section. The sequence is every time the same (root, sixth, fifth, root, short pause, fifth, sixth, root) with one leading note thrown in, the E which pushes D(m) to F. 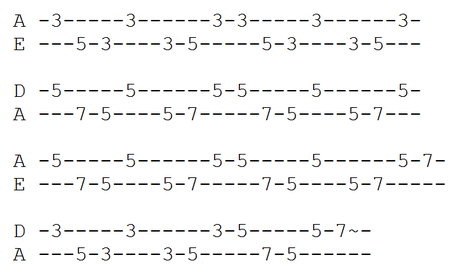 _
After some more success with It’s The Same Old Song and Shake Me, Wake Me (When It’s Over), the Tops had their biggest hit with Reach Out I’ll Be There, featuring those famous dramatic shifts in the arrangement. During the intro, Jamerson plays the fifth above the root of his first chord (B above Em) and the octave during the second chord (B).

_
The verse is worth a closer look as well as Jamerson makes the two chords (Am and D) really groove by adding in a few extra notes.

_
The prechorus then simply goes G G B B and the chorus has a remarkable major to minor shift: B E Em B.

Reach Out was almost immediately followed by the similar sounding Standing In The Shadows Of Love (though this time, heartbreak is contrasted with the hope of Reach Out). You can listen to Jamerson’s brilliant bass line completely by itself on YouTube.

The Tops’ next single (and final top ten hit of the sixties) was Bernadette, a song about a man’s excessive desire for and jealousy over his girlfriend. The verses, featuring a descending Eb Eb C# C# B B Bb C# chord progression, are a prime example of Jamerson’s octave playing. The riff from Bb over C# back to Eb, containing chromatic semitones as usually, is quite brilliant as well.

_
Bernadette’s chorus resolves the verses’s tension to a more conventional C# C# Ebm Ebm G#m G#m C# C# progression. It’s here that James really makes this tune swing, with some of those brilliant semitone ‘stutters’ (in this section between C# and Ebm) that he had a trademark to. By the way, the Standing In The Shadows Of Motown deluxe CD features a remixed version of Bernadette with some solo parts by Jamerson.

_
Another Motown band greatly aided by H-D-H’s input, the Supremes had one top forty single and seven failed ones before they were almost forced to record Where Did Our Love Go, a song rejected by the Marvelettes for being too childish. Featuring not much more than Jamerson’s pretty straight double bass playing and teenager Mike Valvano’s foot stomping, it shot straight to #1, much to the surprise and delight of the Supremes themselves. Note the similarities in feel and chord progression (C C G G F F G F) with that other H-D-H #1 hit, the Four Tops’ I Can’t Help Myself which was released one year later.

_
At the insistence of Berry Gordy, follow-up single Baby Love used the exact same formula as Where Did Our Love Go: footstomping, simple instrumental accompaniment, love-inspired lead vocals by Diana Ross and ‘baby baby’ backing vocals by Florenca Ballard and Mary Wilson. Obviously it worked, as the Supremes were now the first Motown artists to have more than one number-one hit.

_
Still the run of number-one singles hadn’t ended: Come See About Me, Stop! In The Name Of Love and Back In My Arms Again were all equally successful. This way the Supremes started competing with that other band which seemed to be collecting #1 positions the same way most people collect post stamps: the Beatles.

Stop! features a great symphonic-like intro with a very simple chord progression (Am G F G C C C C). Jamerson surprisingly plays the third (B) over G, making a chromatic transition from A and repeating the same thing when moving from F to G. You can sing “Think it all over” to yourself over those sequences of five notes in the second line and then play the C major fills a bit faster.

_
Now the verses are even more interesting. The chord progression goes C Em Gm A F G F G, then C Em Gm Gm C F C G with “Think it all over” again over the two last lines. What Jamerson does her is quite unconventional: in the first line, he keeps hanging on C while Em is being played and in the third line on F while Gm is being played.

_
The chorus is pretty straightforward again, recycling parts from the intro but repeating the Am G F G progression to allow everyone to sing along.

_
When Nothing But Heartaches, which was modelled after the previous singles, failed to reach even top ten, Gordy circulated a memo around Motown offices, stating that “we will release nothing less than top ten product on any artist; and because the Supremes’ world-wide acceptance is greater than the other artists, on them we will only release number-one records”. Sure enough, I Hear A Symphony became the Supremes’ sixth number-one hit in the United States.

After hitting number five with My World Is Empty Without You and number nine with Love Is Like An Itching In My Heart, You Can’t Hurry Love started another run of number-one hits. It’s chord progression (Bb Bb Eb Bb Dm Gm Cm F) looks a little more logical when transposed three semitones down (G G C G Bm Em Am D) but to play along with the record you’ll have to check the tab below in Bb - classic Jamerson again, this time using a kind of ‘bouncy’ rhythm. By the way, the verses have the same chords as the second half of the chorus but this time double as long.

This is a real nice playalong video of the Supremes’ next number-one, You Keep Me Hangin’ On, later famously covered by Vanilla Fudge. Check out the ‘popping’ verse especially.

Jamerson then played on two more singles by Diana Ross & The Supremes, Reflections and Love Child, with the latter featuring a very disco-like chorus.
_

James Jamerson already plays the bass on then thirteen years old ‘Little’ Stevie Wonder’s very first number one hit record, the live Fingertips (pt2) which features a very simple Am D progression when the band is playing between Wonder’s solo’s.

Uptight (Everything Is Alright) was Wonder’s first succesful single to be co-written by the artist. Here, Jamerson displays an invaluable lesson for the novice bass player: never let technique get in the way of the groove. Still, instead of just following the basic chords (C# C# B B), he plays his own riff - mimicked by the guitar during the intro, by the way.

_
Off course, it’s Jamerson’s bassline on Wonder’s 1967 I Was Made To Love Her single from the album of the same name that most bass players will remember him for. Throughout the entire song, Jamerson finds new ways to link the basic F F Bbm Eb C# Eb F F chords together, shuffeling forth and backwards between cool licks and chromatic runs. Still, the groove remains compelling from start to finish, with Jamerson never missing a single note. 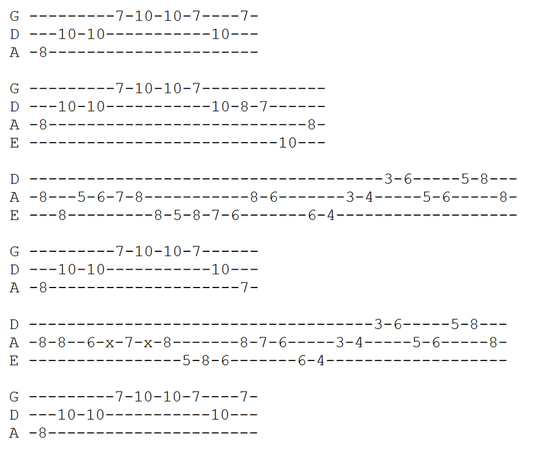 _
Songs such as I Was Made To Love Her, I’m Wondering, Shoo Be Doo Be Doo Da Day, For Once In My Life and My Cherie Amour showcase Jamerson’s unique style, playing improvisational bass lines (it’s hard to find two bars that are played in the exact same manner) that complement Wonder’s vocal wonderfully while still retaining their own melodicity. 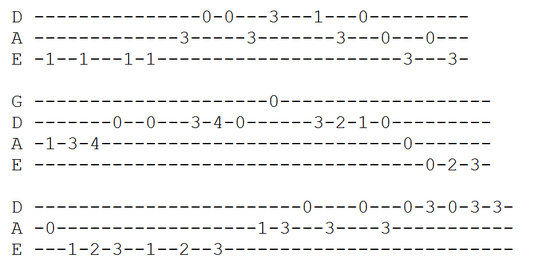